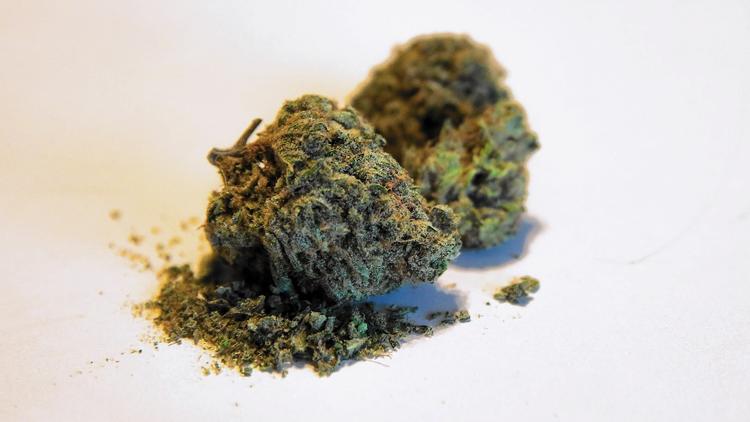 Lawmakers are proposing to legalize recreational marijuana in Illinois but say the legislation probably won’t come up for a vote until next year.

Sponsors on Wednesday introduced bills that would make it legal for adults 21 and older to possess, grow and buy limited amounts of marijuana.

The state would license and regulate businesses to grow, process and sell the plant, and it would establish safety regulations such as testing and labeling requirements, sponsors said.

The measure would also allow residents to possess up to 28 grams of pot, or about an ounce, and to grow five plants.

The bills propose taxing marijuana at a rate of $50 per ounce wholesale, plus the state’s standard 6.25 percent sales tax.

Based on sales of recreational marijuana in Colorado, the Marijuana Policy Project, a national advocacy group, estimates sales in Illinois could generate about $350 million to $700 million per year.

Gov. Bruce Rauner and House Speaker Michael Madigan reserved judgment, as they typically do with new bills. But the Illinois Association of Chiefs of Police opposes legalization, saying marijuana poses a threat to public health and safety, and causes potential enforcement problems because it conflicts with the federal prohibition on marijuana. 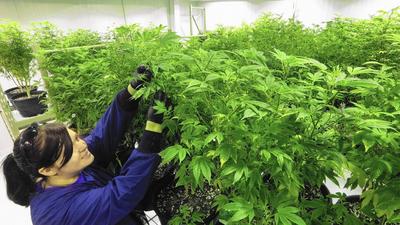 Illinois will not expand the list of conditions that qualifies people to get medical marijuana, Gov. Bruce Rauner‘s administration announced Friday.

Illinois will not expand the list of conditions that qualifies people to get medical marijuana, Gov. Bruce Rauner‘s administration announced Friday.

The co-sponsors, Sen. Heather Steans and Rep. Kelly Cassidy, both Democrats from Chicago’s North Side, said they don’t plan to call the bill for a vote this session but will hold hearings to get feedback and see whether some version of a legalization bill can get support next year.

“If we bring this out in the open, we can generate revenue legally rather than for the black market,” Steans said.

Cassidy said marijuana prohibition creates far more problems than it prevents. “Regulating marijuana and removing the criminal element from marijuana production and sales will make our communities safer,” she said.

Eight states have allowed the sale of the drug, generally by referendum. But in Illinois, it’s very difficult to get a binding vote on the statewide ballot, so it probably would take legislative action to change the law.

If approved, the plan would make Illinois the first state in the Midwest to allow the general public, including out-of-state visitors, to buy marijuana, though it would remain illegal to transport it across state lines. The proposal also calls for dividing the tax revenue, with half going to the state’s general fund and the rest to schools and drug abuse treatment and prevention.

As with any new industry, marijuana can be regulated, but there are many variables, such as what pesticides should be allowed, Pacula said, so there should be provisions for new laws to expire or be changed along the way.

For more than a year, Illinois has had a pilot program allowing the sale of marijuana to patients with any of about 40 debilitating diseases, such as cancer or AIDS. But without a broad qualifying condition like chronic pain, as some other states have, the number of patients has been limited to about 17,000, with current retail sales of about $5 million a month.

The proposed new law would allow medical marijuana dispensaries to sell recreational pot for one year before newly licensed businesses would be allowed to enter the market.

Last year, a new state law also decriminalized the possession of less than 10 grams of marijuana, punishing it instead with fines.

Police have not noticed any significant problems with either law, according to Oak Brook Police Chief James Kruger Jr., who is first vice president of the Illinois Chiefs of Police Association, which opposes legalization. But he said the medical marijuana law is limited, and a lot of municipalities had previously decriminalized cannabis, so the effects were muted.

Kruger cited a rise in emergency room visits for medical marijuana ingestion among children in Colorado and studies showing the drug’s harmful effects on developing brains.

Advocates for legalization say kids are already getting marijuana illegally, but legalization would allow it to be more closely regulated.

“I think this does a good job of being very reasonable,” Illinois NORML Executive Director Dan Linn said. “It’s a realistic approach.”

By KentuckyWeed in Latest News on March 23, 2017.
← iN hONOR OF rICHARD jAMES rAWLINGS The Push For Legal Marijuana In Illinois →